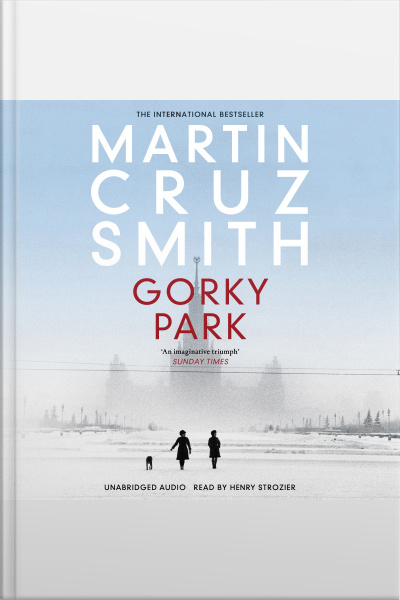 THE NOVEL THAT STARTED IT ALL - ARKADY RENKO NOVEL #1

'Makes tension rise through the page like a shark's fin’ Independent
***
Three bodies found frozen in the snow. And the hunt for the killer begins…

It begins with a triple murder in a Moscow amusement center: three corpses found frozen in the snow, faces and fingers missing. Chief homicide investigator Arkady Renko is brilliant, sensitive, honest, and cynical about everything except his profession. To identify the victims and uncover the truth, he must battle the KGB, FBI, and the New York City police as he pursues a rich, ruthless, and well-connected American fur dealer. Meanwhile, Renko is falling in love with a beautiful, headstrong dissident for whom he may risk everything.

A wonderfully textured, vivid look behind the Iron Curtain, Gorky Park is a tense, atmospheric, and memorable crime story.

‘Cleverly and intelligently told, The Girl from Venice is a truly riveting tale of love, mystery and rampant danger. I loved it’  Kate Furnivall, author of The Liberation