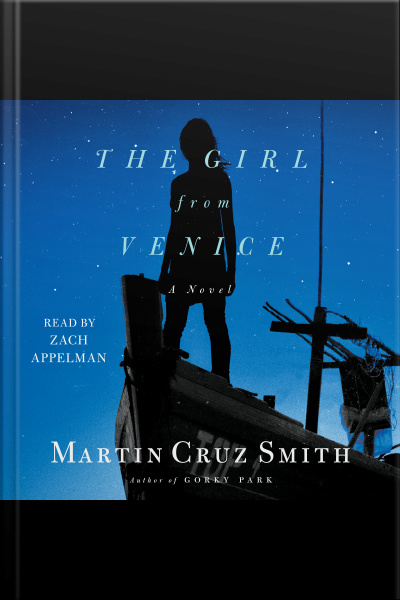 The Girl From Venice

From Martin Cruz Smith, “a master of the international thriller” (The New York Times), a suspenseful World War II love story set against the beauty, mystery, and danger of occupied Venice.

Venice, 1945. The war may be waning, but the city known as La Serenissima is still occupied and the people of Italy fear the power of the Third Reich. One night, under a canopy of stars, a fisherman named Cenzo comes across a young woman’s body floating in the lagoon and soon discovers that she is still alive and in trouble.

Born to a wealthy Jewish family, Giulia is on the run from the Wehrmacht. Cenzo chooses to protect Giulia rather than hand her over to the Nazis. This act of kindness leads them into the world of Partisans, random executions, the arts of forgery and high explosives, Mussolini’s broken promises, the black market and gold, and, everywhere, the enigmatic maze of the Venice Lagoon.

With Martin Cruz Smith’s trademark suspense, action, and breathtaking romance during World War II Italy, The Girl from Venice is “a gripping evocation of a beautiful nation and of two people, trapped in the lunacy of war and the bravery it can inspire” (The Seattle Times).